In most countries, the Ultimate Frisbee sport is simply referred to as “Ultimate” because they would rather avoid the term Frisbee, due to its trademark attributes.

The sport is associated with a lot of fun. Its brisk nature is similar to that of soccer, basketball or even netball.

But like any other game, Ultimate sport has its own set of rules that players are expected to follow.

In this article, we cover 10 of those basic rules. Scroll down.

As earlier on indicated, the Ultimate Frisbee is a fast-moving sport, which is also characterized by a high level of competition between the players.

The game strictly adheres to the non-contact rule and is played by two teams of seven-persons each.

This is one of the few games that offer players a lot of freedom, with no absolute formality in the regulations.

However, life-threatening aggressiveness and foul play towards opponents should be highly discouraged.

The focus of this sport revolves around the ability of players to score goals through gaining as many points as possible.

Players have to figure out how to pass the disc to their teammate within the end-zone. At the end of the playing period, a winner is declared and it’s normally the team with the most number of scores.

The playing field of the Ultimate Frisbee sport is usually rectangular. It must contain end-zones on both sides.

The end-zones should be around 18 meters deep.

The playing teams should consist of 7 players each. But if for one reason or the other, a team can’t have all its players on-site at the set time, it should have at least 5 of team members present.

Failure to which, there will be a forfeit.

Each team roster should contain only up to two ultimate club members.

And for co-rec, squads can comprise of at least 3 women and 3 men. In this case, teams only require four members (2 men and 2 women) on-site, just before the game to avoid a penalty.

Also, for a game to be valid, it must include not less than two or more than three members (both genders) from each team, at a time. Sometimes, teams may agree to only have a difference of one (between women and men) at a particular time.

The commencement of each point is marked by the members of both teams lining up at the front side of their various end-zone lines.

Then, it’s time for the defense team to throw “pulls” the game disc towards the offense.  This marks the beginning of the game.

The passing of the disc takes place in various directions after the completion of the pass to a teammate.

However, players are highly discouraged from running with the disc.

In this case, the thrower or the player holding the disc must pass it on to the next teammate or towards the target within 10 seconds.

It’s the responsibility of the defender, who is watching over the thrower, to cut out the stall count.

A foul occurs whenever a player encourages contact with another player, which disrupts the movement of the disc.

Whenever this happens, then the game should begin just like it would when possession had been retained.

However, the player involved in the foul play should agree with the foul call for this to be valid. Otherwise, the game is redone for satisfaction from both sides.

This happens the moment a pass is considered incomplete. It could either be through interception, blocking, dropping or even out of bounds.

When this happens, it’s the time of the defense to possess the disc. And become the offense.

The ultimate Frisbee sport allows players to take responsibility for their foul as well as, line calls. They also participate in resolving their disputes within the field.

Whenever a team scores a goal, the teams have to switch places, such that the scoring team throws towards their opponents.

Scoring happens when the offense catches a pass within the opponent’s end zone.

Also, when a pull is being conducted, each player should stick within their end zone, but only until the disc is released.

After this, they can now move in any direction.

Typically the game time is between two 15-30 minutes halves with a half time break of between 5-10 minutes.

But it depends on the agreement between the playing teams. It could be longer.

In case of an injury, an injury time-out is allocated. The same case applies in case any of the teams request for a time-out.

How many steps can you take in Ultimate Frisbee?

In ultimate Frisbee, an offensive player holding the disc can only take up to 3 stopping steps, while on the run.

If a player takes more than three steps, they lose possession.

How long can you hold a Frisbee in ultimate?

When a foul happens at either teams’ end zone, then it’s time to regain possession at the goal line.

However, when a thrower holds the disc for more than 10 seconds, a violation occurs. The disc should at all times be released before the end of the specified count.

Can you throw the Frisbee to yourself in Ultimate?

When a player releases a disc, any player that’s on the throwing team isn’t allowed to touch the disc, while in motion, only until after it’s touched by a member of the receiving team.

Afterward, any player from either side can touch it, including the one who threw it in the first place. So in essence, YES, you can throw the Frisbee to yourself.

What is a pick in Ultimate Frisbee?

In Ultimate sport, a pick is when the thrower intentionally moves in a way that deprives their opponent from guarding them.

And this is unacceptable as the guarding player is expected to stick within 3 meters to allow them to call a pick.

In most cases, in picks, the offensive player passes in between other players or too close to them, such that the defending player is forced to change direction, slow down or stop.

What is a break in Ultimate Frisbee?

This is when the offensive player’s attempts fail and they decide to throw the disc in the direction you are guarding.

So if a teammate is keen enough to notice, they can warn you by shouting “no break”.

Meaning you need to be extra cautious on the guarded side, especially if the thrower is eyeing it.

No. There’s absolutely no room for physical contact between players in the Ultimate Frisbee game.

To Wrap things up

The rules of Ultimate are lengthy and it takes time to master them all. But nothing is impossible with patience.

What we have provided are the basics.

There are still many others like boundaries, substitutions, officials, etc.

However, it’s vital to note that these rules might slightly differ depending on the teams involved. 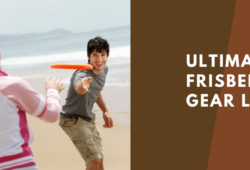 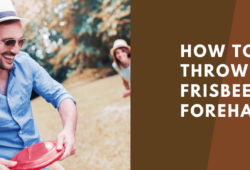 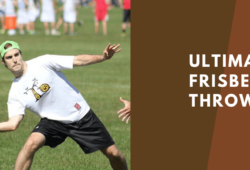