With the variety of racquet games currently available, it’s easy for beginners to confuse two or more of them.

So it won’t be surprising if you find yourself trying too hard to differentiate between paddle tennis and pickleball.

Or it could be that you have already some of your close contacts playing either of the games but can’t seem to settle for one, yourself.

But don’t worry. We are here for you.

In this article, we take you through the definition of pickleball and paddle tennis and go ahead to highlight their major differences.

Pickleball is a sport that’s characterized by the use of smooth paddles (mainly wooden), together with hole-filled plastic balls and a net.

Players of this game hit the ball back and forth over the net.

Don’t still get it? Here’s a video to help you understand;

What is Paddle Tennis?

On the other hand, also referred to as pop tennis, paddle tennis is characterized by a heavily enclosed playing court, which can either be indoors or outdoors.

Some individuals refer to is as paddleball and players can play in either doubles or singles.

Therefore, 2-4 players can play at the same time. It’s very similar to tennis in terms of scoring and set-up.

Paddle Tennis vs. Pickleball: The Differences

Yes, there’s indeed a great similarity in the type of paddles players use for both paddle tennis and pickleball.

But even with that, there’s a key difference that separates the two. And it also dictates how the game is played.

First, the paddled texture for the paddle tennis is most of the time rough and with some holes.

It allows the ball to compress into the racquet, as the strings automatically bend to offer accommodation.

The paddle in paddle tennis doesn’t have a ball

On the other hand, the paddles for pickleball are usually completely smooth.

In fact, for professional pickleball games/leagues, there’s special equipment that measures the extent of the paddle smoothness.

They are similar to stone walls to help deflect the balls as they get hit.

Also, the pickleball paddles contain a core, which is usually in the form of a honeycomb shape. And it creates a solid surface, but without the heaviness.

The core is covered with a solid smooth material that you normally see.

This is also one of the major areas that set pickleball and paddle tennis apart.

When it comes to pickleball, the serving rules are pretty strict.

Players receive only one serving chance. And they can only serve underhanded.

Also, players are strictly forbidden to let their balls touch the no-volley zone as they serve.

The no-volley zone is an area of the court that usually extends backward from the net point. And is 7-ft deep on both sides of the court.

The popular name for this section is “the kitchen”.

However, Paddle tennis tends to be more accommodating.

And although players also get only one serving opportunity, they get to serve whichever way they want.

So there’s room for players to maximize their strong serving styles.

If you want to know the difference between paddle tennis and pickleball at first glance, then you should give a quick look at the balls; that’s where one of the major differences lies.

You see, in pickleball, players use small plastic balls, which are usually filled with holes and are light weighted.

The balls are also hard and don’t compress, the reason as to why they offer low bounces.

They are similar to Wiffle balls.

On the contrary, paddle tennis balls tend to be depressurized and big. And they’re the standard tennis balls made from quality rubber.

And because of that, they tend to be more bouncy than the pickleball ones, thanks to the hollow rubber core.

At a glance, you can easily confuse the paddle balls with the ping pong balls.

The major difference though is that they’re a bit larger for ease of playing.

The playing areas of both the pickleball and paddle tennis games are usually enclosed. And although they might appear similar, the major differences include;

The pickleball game usually has a fence surrounding to help keep the ball within the playing court.

The court is usually small and measures around 20’* 44’, which is pretty similar to the badminton court.

On the other hand, paddle tennis largely depends on a specialized screen to keep the ball in. This is mainly because the tennis ball tends to faster than that of pickleball.

Also, the paddle tennis court tends to be bigger than the pickle one, the reason as to why it can easily accommodate 4 people at a go.

When it comes to pickleball, the net used is significantly small. But that doesn’t make ball serving any easier, as you have to make an effort just as you do in tennis.

The net on the paddle tennis court tends to be bigger.

So if you’re used to the small one at the pickle court, then you will be surprised if you decide to practice at the tennis court.

This is also where the major difference between these two games lies.

If you have been playing tennis, then it should be easy to score in paddle tennis as the scoring methodology is very similar.

But since some of you might be beginners, we will still take you through scoring in paddle tennis;

Players also require 6 such games to form a complete set.

Scoring in pickleball isn’t straight forward and as such can be a bit challenging for beginners.

The game begins similarly like paddle tennis and it continues until the end of gameplay or when a player commits a foul.

Here, a player that gets to 11 points first, becomes the winner. But the teams can agree to end at 15 or 21 points, which is fine as well.

However, the winning player should also have 2 points more than their opponent. And that’s the reason as to why more often than not, the points tend to go slightly above 11.

What About Padel vs. Pickleball?

Padel tennis, unlike paddle tennis, is usually played in doubles and on an enclosed court that tends to be much smaller than the standard tennis court.

And like paddle tennis, the padel game scoring is similar to that of tennis. And players play in sets of two.

The major difference between the pickleball and the padel lies in the fact that padel’s gameplay is like that of squash.

The ball has to be played off the four surrounding walls of the court, while a pickleball player only has to worry about getting the ball over the net.

This makes them pretty similar to those of tennis and it would be difficult for a beginner to notice the difference at first glance.

Padel tennis is, therefore, one of the many variations of paddle ball variations and it’s currently giving pickleball stiff popularity competition, as it’s more popular worldwide.

Here’s a YouTube video to help you understand what padel is;

From the above details, it’s clear that though paddle tennis and pickleball might appear similar for the common eye, they have a lot of differences, technically.

So you should expect a different feel from each game as the intensity of playing varies.

But you can’t find that out by observing, but rather spending some time playing each of them to master the differences. 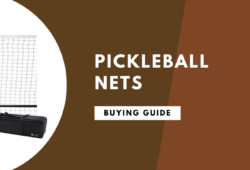