Did you know that when Teddy Roosevelt was president, he threatened to ban American football?

In the fall of 1905, he gave an ultimatum to the rules committee governing college football, whereby they were to either reform the game or bury it.

Well, reform they did, giving rise to a sport that ensured players’ safety and well-being.

How American Football Was Invented

Walter camp is often regarded as the “Father of American Football.”

However, did you know that American football existed long before Camp came along? Instead, what Camp did is that he codified the game, managing its evolution towards the modern form we know now.

The real roots of American football cannot be traced to a T. However, the origins of the game can be traced back to the prestigious north-eastern colleges where rugby and soccer were played.

The game originated around the late 19th century in North American colleges. It came to be as a hybrid between soccer and the British sport of rugby and was mostly a college and prep school affair.

Before Walter Camp brought some sanity to the game, American football was nothing like what we see today.

The earlier versions of the sport were chaotic and brutal. There were dozens of players per side, the game had a mix-and-match set of rules, and it also had a very high injury rate.

In the earlier versions of the game, players weren’t allowed to pick the ball and run with it or throw it. Instead, they would kick or swipe it up and down the field using their hands and feet.

Because of the mob-like atmosphere of the game, it was commonly referred to as “mob football.”

Water Camp was a medical student at Yale and was also a football player and team captain as well.

The reason he is considered the Father of American Football is because he convinced various institutions, including the Intercollegiate Football Association (IFA), to put in place specific changes that would better the sport.

Such changes included a line of scrimmage as well as down and distance rules. It is such changes that became the foundation of the modern-day American football.

Camp is also responsible for introducing the quarterback position, the 11-man team, offensive signal-calling, and the scoring scale used in modern-day American football.

Where Was American Football Invented?

It’s hard to pin an exact date concerning when American football was invented.

However, the first officiated match was played between Princeton University and Rutgers University. This intercollegiate match was held on November 6th, 1869, and Rutgers ended up winning the game.

This particular match took place in New Brunswick, New Jersey, and it was pretty much a soccer-style game with the rules being adapted from the London Football Association.

After this first match, many colleges in the northeast proceeded to pick up the game. The Intercollegiate Football Association (IFA) was formed in 1873 with the primary purpose of bringing order to the game.

Back then, the game didn’t have a particular set of rules. Different towns and colleges would pick and choose the aspects of the game they liked and have their own set of rules.

As a result, as you would imagine, not everyone jumped on board with the new standards and regulations when the IFA was created.

Some schools, such as Harvard University, stuck to playing by their own rules. Harvard played a variation of American football known as the “Boston Game.”

In May 1874, however, after playing a match against McGill University of Montreal, Harvard players seemed to prefer McGill’s rugby-style rules to their own.

So, in 1875, following Harvard and Yale’s first intercollegiate match, all players and spectators embraced the rugby-style of play.

The first record of an athlete getting paid to play a game dates back to 1892, which is when Pro football was created.

This athlete was William ‘Pudge’ Heffelfinger, and he was paid $500 to play one match with the Allegheny Athletic Association.

The Arizona Cardinals have existed since 1898, and they are the oldest professional football team in the United States that’s been continuously run.

Initially known as the Morgan Athletic Club, this club started out as an amateur football team, which then joined the NFL in 1920 as a charter member.

The Arizona Cardinals and the Chicago Bears are the only two NFL charter member franchises that are still in operation.

Although they have been around that long, the Arizona Cardinals have not had much luck when it comes to winning matches.

They’ve only won two NFL championships, and at 72 seasons, the team holds the record for having the longest active championship drought amongst North American sports.

The oldest stadium in the NFL is Soldier Field, located in Chicago, Illinois, near Downtown Chicago.

This stadium is home to the Chicago Bears who moved there in 1971.

The stadium, which opened in 1924, has a football capacity of 61,500 and was once listed as a National Historic Landmark.

This was until 2002 when renovations were done to modernize the stadium resulted in the facility getting delisted.

Besides the Chicago Bears, Soldier Field has also served as the home for the Chicago Cardinals of the NFL and University of Notre Dame football.

When the special Olympics were held in 1968, the first games took place in this very stadium.

In the earlier versions of American football, it was illegal to make any forward passes. This was until 1906 when legal forward passes were introduced.

The introduction of legal forward passes followed the numerous fatalities experienced in 1905.

As a result, therefore, forward passes were introduced as a way to open up the game, thereby making it safer for players and reducing injuries.

Forward passes didn’t get utilized the instant they were allowed. With time, however, this simple change turned out to be among the most important rule changes in establishing modern-day football.

Rivalries exist in any sport, and they are a relevant component of any league play.

The oldest rivalry in professional football started in 1921, and it is between Chicago Bears and the Green Bay Packers.

This rivalry started as a feud between the founders of the two teams and later on became fueled by market overlap.

Outside of professional football, the oldest continuous rivalry in the history of American football started in 1887, and it is between Boston Latin School and English High School.

The oldest rivalry in high school football is between Norwich Free Academy and New London High School. The two teams first played together on May 12th, 1875.

in the West, the oldest college football rivalry is between Stanford and California, who played their first game on March 19th, 1892.

Are you familiar with the “Thanksgiving Day Disaster”?

There was a game between Stanford and California (football rivals) held in 1900 on Thanksgiving Day.

During the game, there was a large group of men and boys observing from the roof of S.F. and Pacific Glass Works, which was located near the stadium.

Unfortunately, the roof collapsed, having the spectators fall into the fiery interior of the building.

The accident resulted in 13 instant deaths and 78 injuries. On December 4th, the last victim of the disaster died, therefore, bringing the death toll to 22.

To date, this remains the deadliest accident at any U.S sporting event which turned fatal for the spectators.

American football is the very life force of the United States.

Fans across the country are obsessed with not just the game but the drafts and fantasy football as well.

The history of the sport shows just how far the game has come to be what we know it as today, and that only adds to its rich culture and heritage. 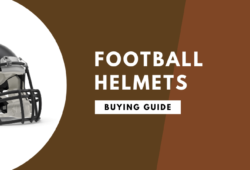 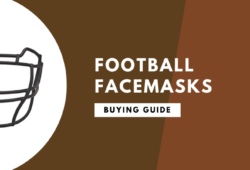